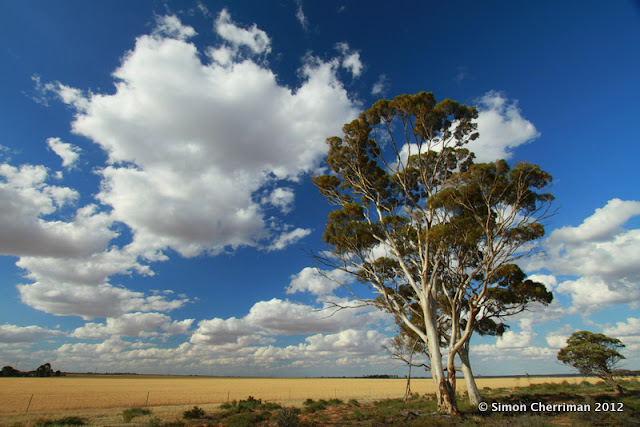 On Friday we packed our car with form ply, wire, hosepipe, nails, screws, a few hollow logs and a whole bunch of tools and headed east. Scattered showers broke up the horizon and a glorious afternoon light lit up the Salmon Gums on the road verge. These were very precious to see as more than 90% of native vegetation has been cleared from this region for agriculture. You can see the evidence of this clearing, and the location of Westonia, on the map below.

Three hours later we arrived at Westonia, a tiny town just near Merredin in the WA Wheatbelt. We checked into our accommodation and had a relaxing evening, preparing for a busy Saturday. 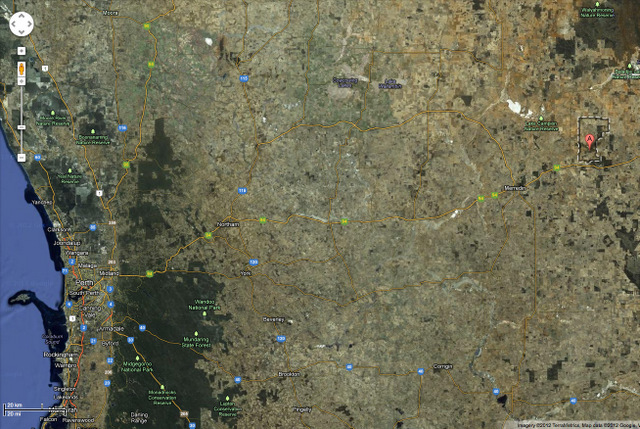 We got up early the next morning and headed to the Shire depot to set up for another Nest Box Workshop, this time to be conducted with the local community. About 15 people ended up attending, including half a dozen children, which was very pleasing. The workshop was organised by the Shire of Westonia and World Wildlife Fund (WWF), who were really keen to put up some boxes in the Westonia Common, a local remnant of Salmon Gum, Gimlet and Red Morrel woodland surrounding the town, rich in biodiversity.


After an introduction to tree hollows and nest boxes, we laid out the materials and were ready to start! There was some reluctance at first, but once the first person in the group picked up their saw and began cutting up plywood, everyone jumped in and was busily working. By lunchtime we had most of our boxes finished and enjoyed some sandwiches, biscuits and drinks provided by the local deli. Nothing like a bit of food to revive our enthusiasm!


A coat of paint and some time drying in the beautiful sunshine and the boxes were FINISHED! (we were blessed with a nice fine day after 2 previous days of heavy rain). Here’s a picture of the team with the 1 Black Cockatoo, 2 parrot, 2 pardalote and 2 phascogale nesting boxes made on the day. 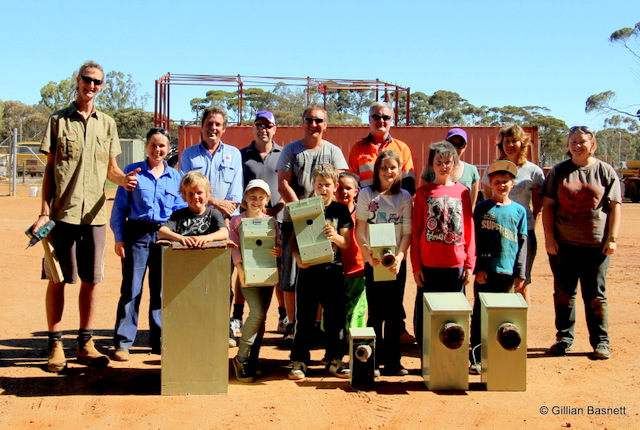 The team then loaded the boxes into a ute and we headed to the bushland, only 2 minutes down the road from our workplace. We began by installing the black cockatoo box, which would take the longest out of the boxes to be hauled into position with ropes. The other boxes were much easier and by sunset that evening all seven were in place. 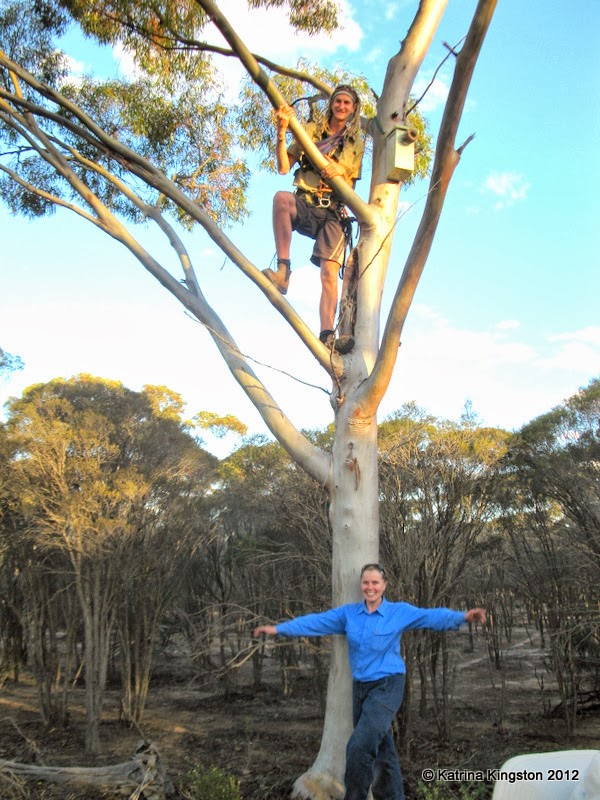 A particularly exciting discovery during the box installation was a sighting of several Regent Parrots in the bush. We were also told that Purple-crowned Lorikeets had been recorded there. Neither of these native parrots are very common in the wheatbelt any more (Australian Ringnecks and Galahs seem to be dominant everywhere), so it was encouraging to know that a little bit more diversity exists at Westonia.

We are looking forward to what might use these new boxes in the future! If you find the nest boxes in Westonia, please put a comment below about how they are looking and if any animals are using them. We would love to hear from you!
Posted by Unknown at 10:48

Everyone try to spend such holidays which can match with their desires. Mostly people want the best entertainment holidays. And you need to take writing service reviews to solve you writing task and it is so awesome way to express their feelings and it is so good.